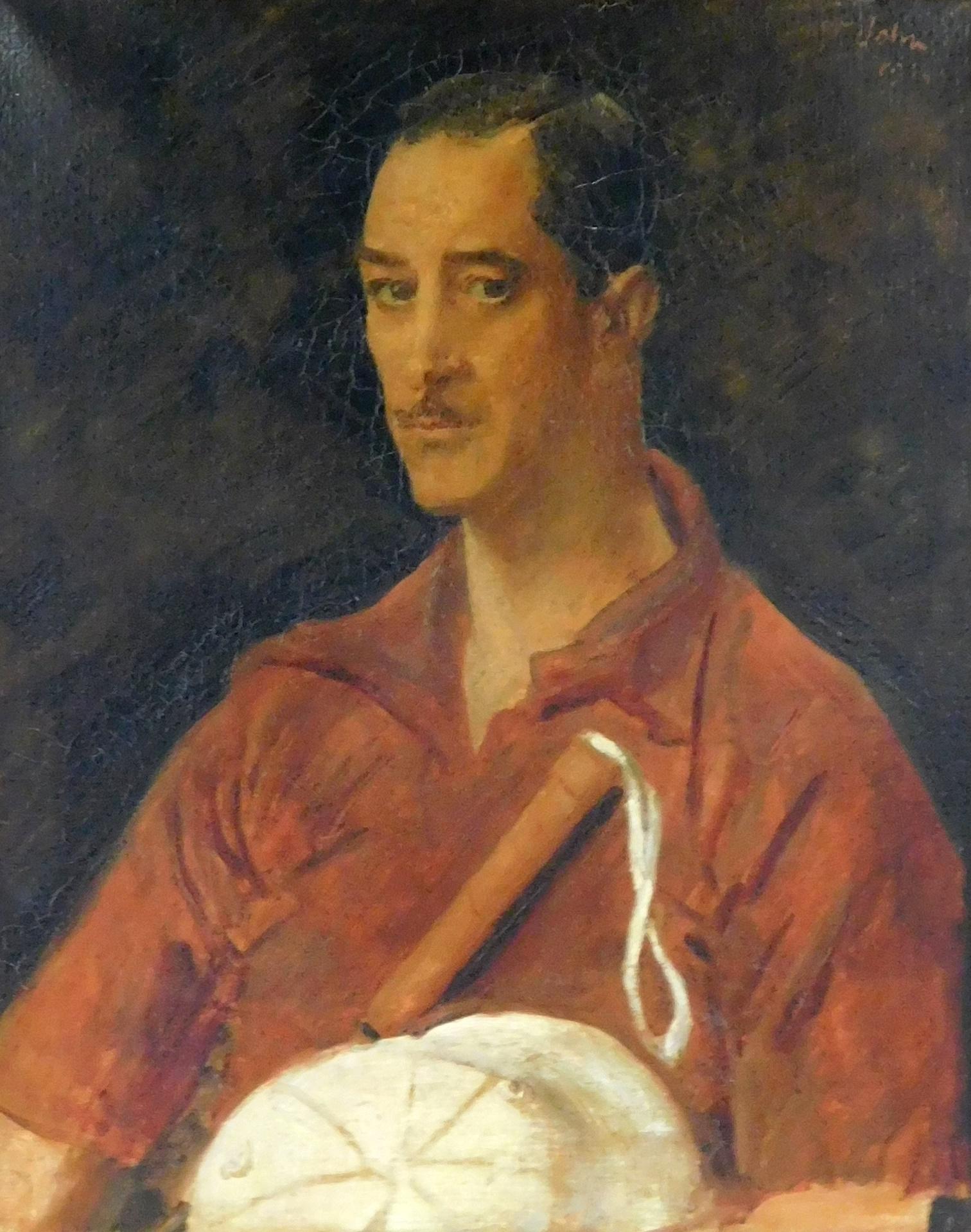 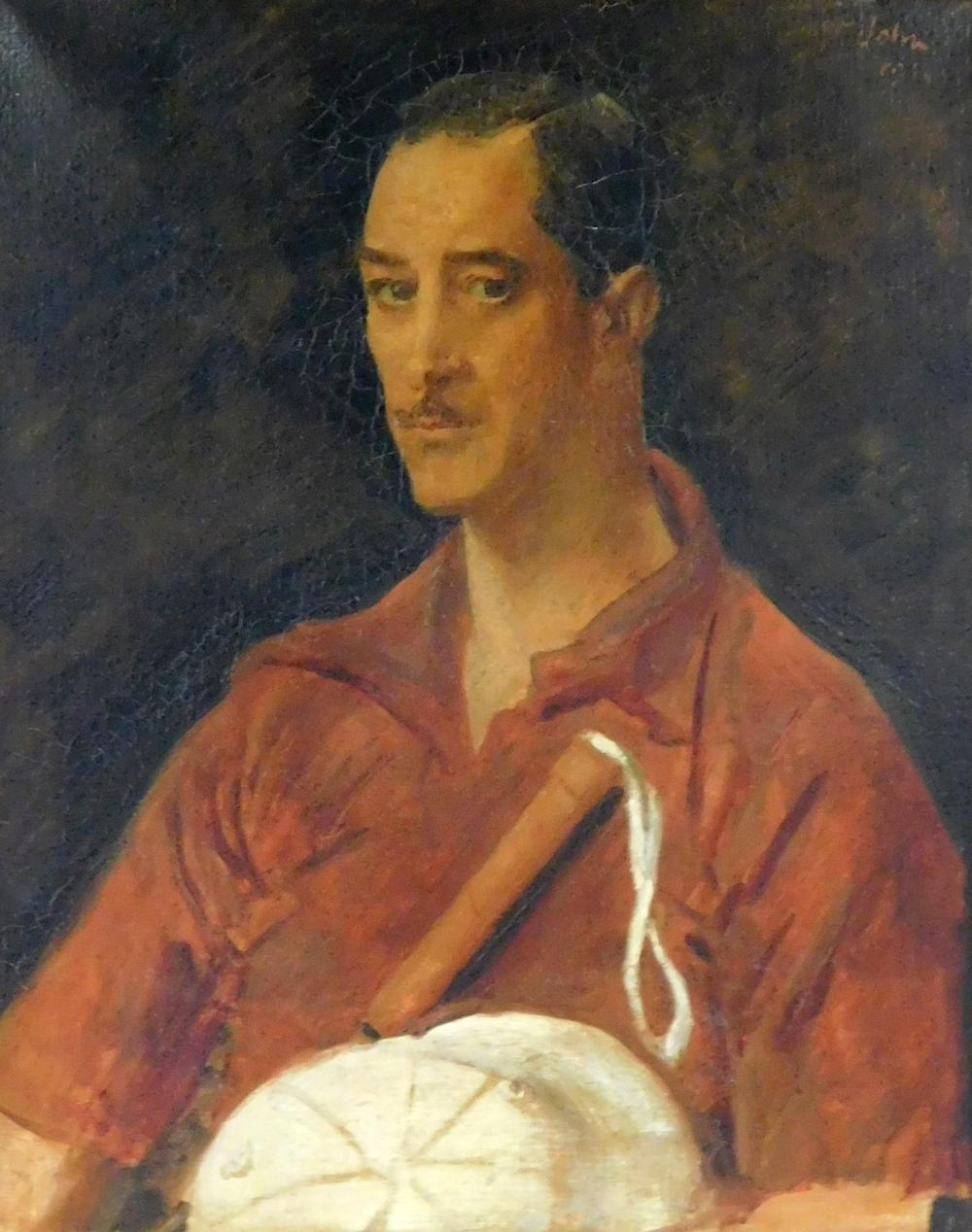 Augustus Edwin John (English, 1878 - 1961), "Portrait of Harold Elstner Talbott", (Secretary of the United States Air Force), oil on canvas, signed and dated upper right "John 1914", subject holding polo mallet and white polo helmet, on darkly toned background, the subject, Harold Talbott, was Secretary of the Air Force from 1953- 1955, and famously confronted Howard Hughes about his management of the AIM-4, Talbott held high positions in a number of major companies including Platt Iron Works, General Motors and North American Aviation, as well as becoming Director of the Chrysler Corporation in 1925 and Director of the TWA in the 1930's, framed, not examined out of frame, wear consistent with age including extensive craquelure, relined, some areas of inpainting contained mostly to lower half, etc., ss: 29 1/2" h. x 23" w. [PROVENANCE: Owned through descent in the Talbott family.]