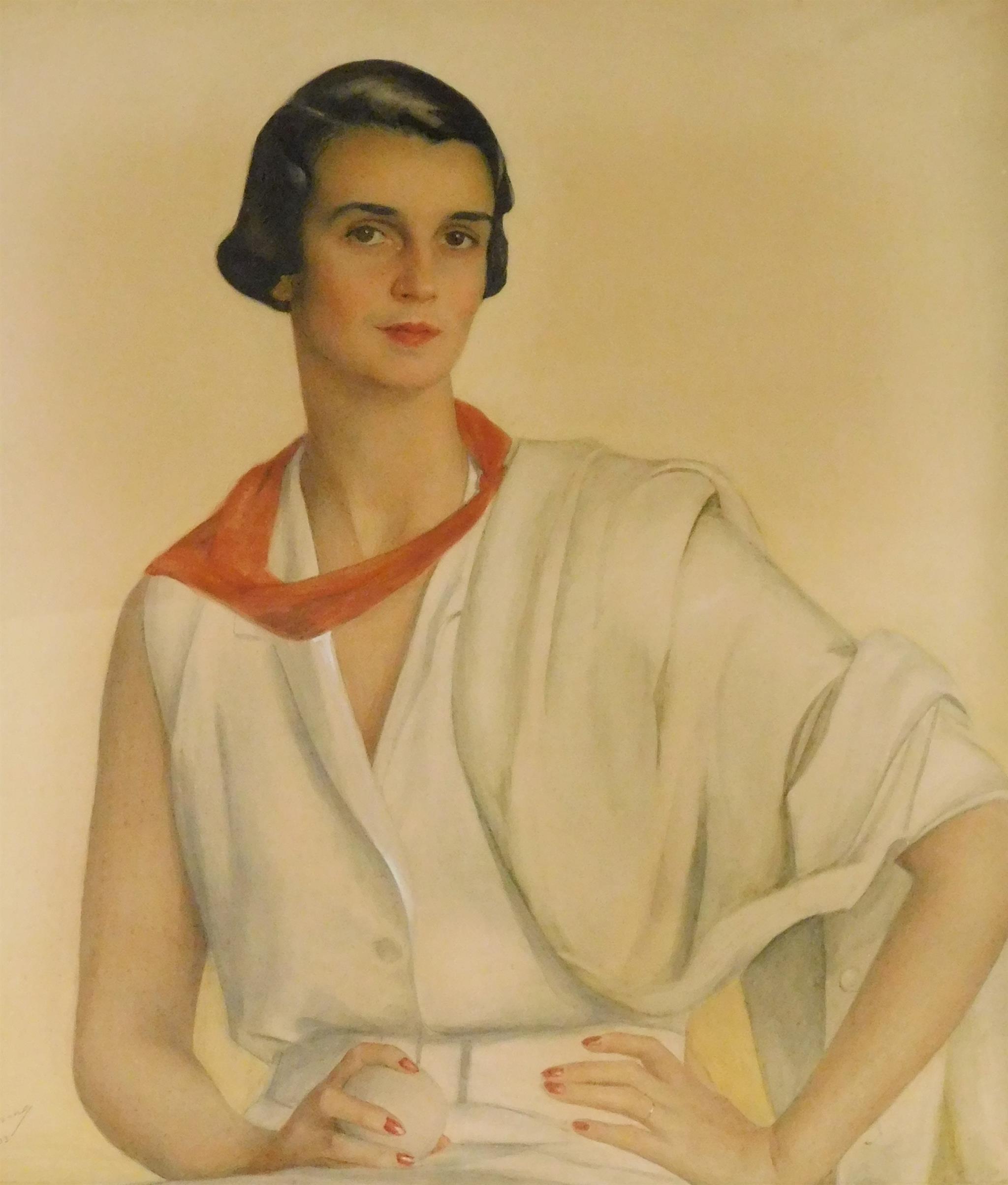 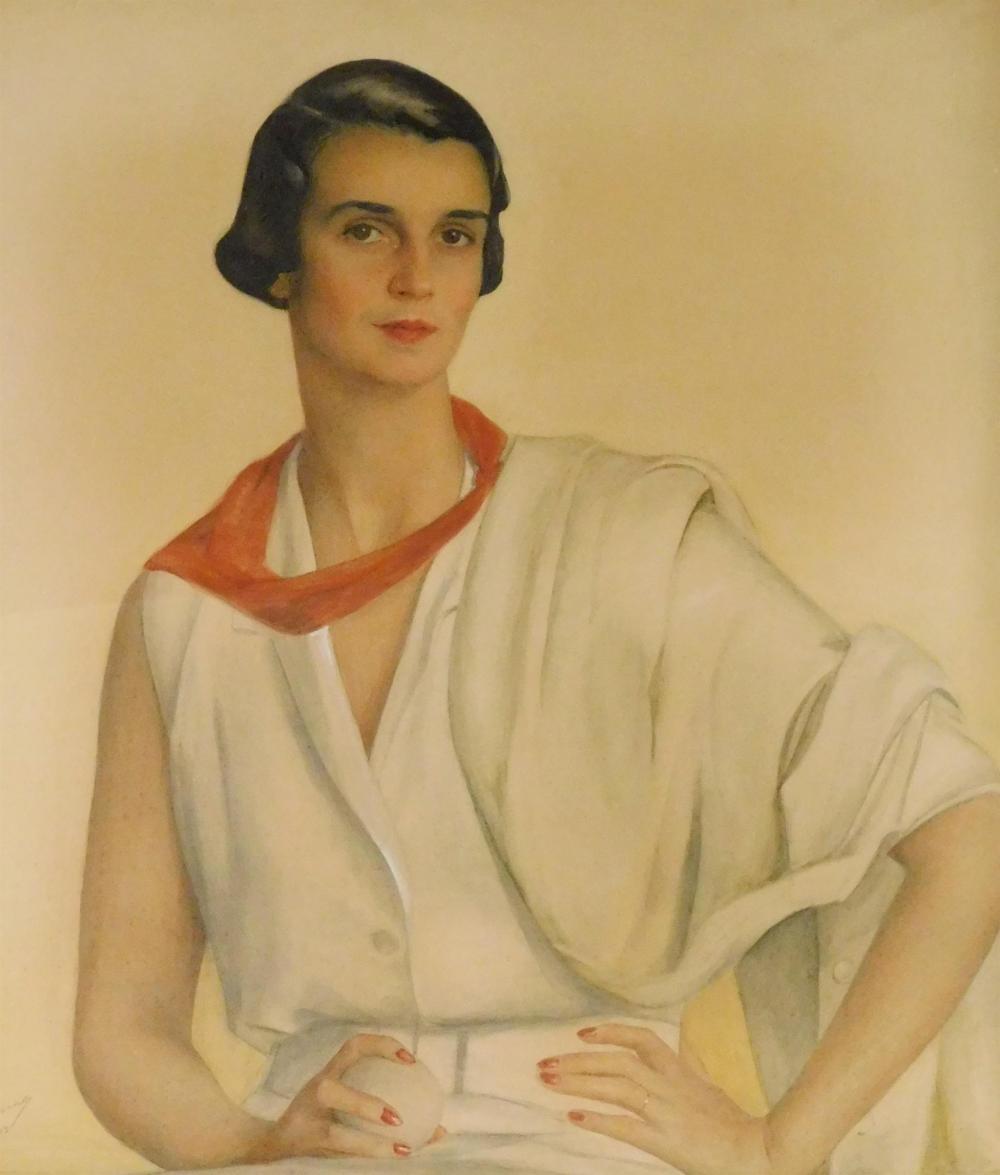 Savely Abramovich (Abramswitch) Sorine (Russian, 1878-1953), "Portrait of Mrs. Harold Elstner Talbott", 1933, watercolor and graphite on paper, portrait of nee Margaret Thayer (of Philadelphia) and as married Mrs. Harold Elstner Talbott wife of the United States Secretary of the Air Force, depicts waist length figure of a lovely young woman with modern bob haircut, sitting to half-left, wearing a white tennis dress with a red silk scarf, holding in her right hand a tennis ball with white coat thrown over her left shoulder, signed and dated lower left "S. Sorine 1933", Harold Talbott was Secretary of the Air Force from1953- 1955, and famously confronted Howard Hughes about his management of the AIM-4, as well as holding high positions in a number of major companies including Platt Iron Works, General Motors and North American Aviation, as well as becoming Director of the Chrysler Corporation in 1925 and Director of the TWA in the 1930's, wear consistent with age including toning, some staining at edges of paper, older damages to lower edge, etc., ss: 32 1/2" x 29 1/4".