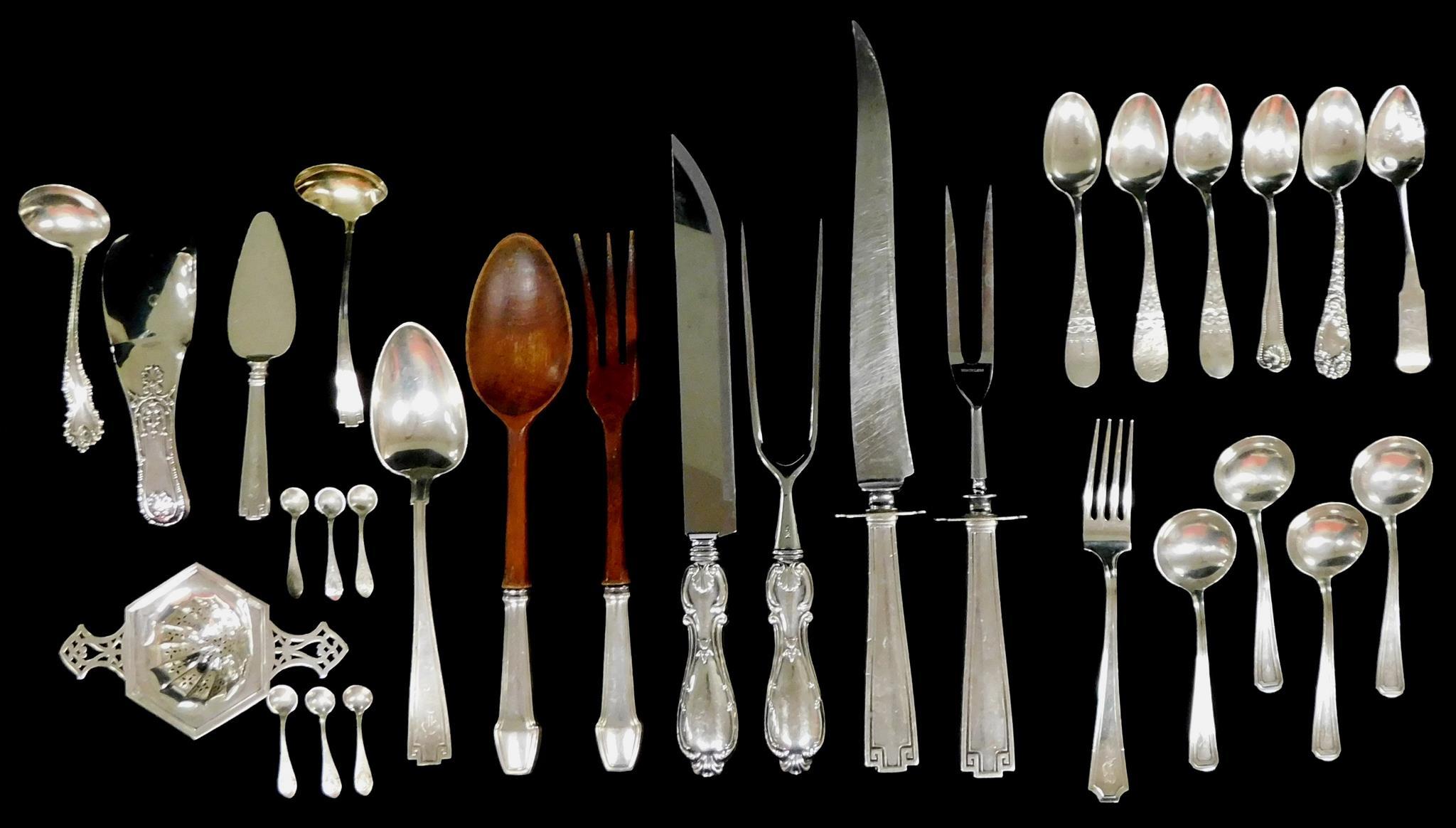 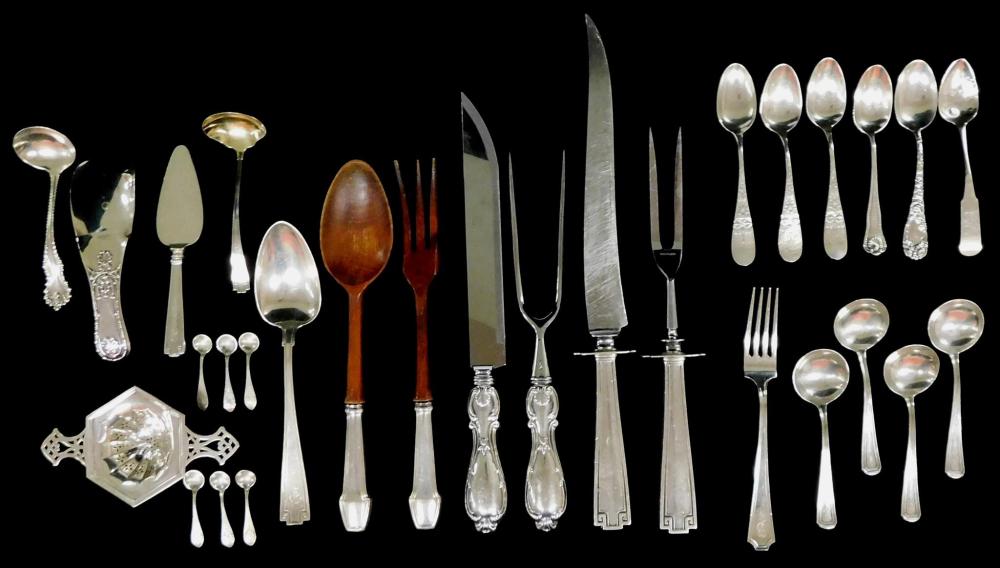 STERLING: Assorted sterling flatware and servingware, twenty-nine pieces, makers include Gorham, Whiting, Dominick & Haff, some pieces estimated due to non-silver parts, some monogrammed, all marked sterling unless otherwise noted, details include: two carving sets, larger unmarked but tested silver, smaller with scrolling repousse handles marked sterling, each piece estimated at .5 ozt.; one salad set with wood appendages, estimated at .5 ozt. each; weighted Gorham shoehorn and cake server, each estimated at .5 ozt. each; six individual salt spoons; four soup spoons by Whiting; two ladels, one by Gorham and one by Dominick & Haff; tea strainer with flanking handles; serving spoon by Gorham; one dinner fork; and six varied teaspoons, all pieces with wear consistent with age and use including some damages, sold as is. [Total weight: 16.7 ozt. tw. (12.7 ozt of weighed silver and 4 ozt of estimated silver.)]